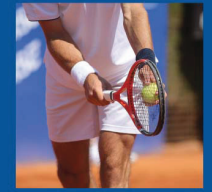 At PRIME Insurance, we understand all the ramifications of large event making. We also know how to help you get the tailored protective coverage you need – at competitively lowest quotes.

Networked with over 40 of the leading national insurance companies, PRIME began with offering NJ general liability insurance, homeowner insurance, auto insurance, business insurance, workers compensation insurance, and more. Today, we deal with the full-spectrum of insurance plans all across the US of America.

We invite you to experience the PRIME difference! Visit us on our online insurance website; email us at PRIME [at] primeins [dot] com or call us at 732-886-5751 and HAVE A PRIME DAY™!

Summary: If you are an event sponsor or coordinator, be prepared for your own unique brand of liability exposure. Follow PRIME Insurance as we outline the coverage you need – and why.